This post may contain affiliate links. Meaning I receive commissions for purchases made through those links, at no cost to you. Please read our boring disclosure for more info.

Does Bobbi Brown test on animals or sell in China?

Bobbi Brown is a high-end makeup line that can be found all over the world. But is Bobbi Brown cruelty-free or do they test on animals?

After doing a bit of research, I found that Bobbi Brown doesn’t meet the above cruelty-free requirements and is not considered to be a cruelty-free makeup brand.

When researching a brand’s cruelty-free status my first stop is the certified cruelty-free list. There are three organizations that give official certifications to brands around the world: Leaping Bunny, Peta, and Choose Cruelty-Free.

Bobbi Brown is not found on any of these organization’s cruelty-free lists. However, they are found on Peta’s list of brands to avoid.

Does Bobbi Brown Test on Animals?

The next step in my research is going directly to the company’s animal testing policy to see where they stand. Bobbi Brown’s policy can be found in the ‘FAQ’ section of their website. Here is what it states:

“At Bobbi Brown, the safety of our consumers is our highest priority. We utilize the latest advances in non-animal safety testing and human volunteer testing to deliver products of the highest safety and quality to our consumers.  We do not test our products or ingredients on animals, or ask others to test on our behalf, except where required by law.”

Bobbi Brown’s animal testing policy contradicts itself. It states that they do not test on animals. However, they will make an exception to satisfy a country’s laws. Therefore, Bobbi Brown does allow animal testing on their products.

Is Bobbi Brown Sold in China?

Yes, Bobbi Brown does sell in China. After doing a quick Google search I was able to locate Bobbi Brown’s Chinese website. A brand doesn’t create a website for another country unless they are serving those customers. I’ve included an image of the website below.

Is Bobbi Brown Owned By a Parent Company?

Yes, Bobbi Brown is owned by Estee Lauder, a company that tests on animals. You can view a full list of brands that they own to see which other companies you should avoid.

What are Cruelty-Free Alternatives to Bobbi Brown?

There are several cruelty-free cosmetics alternatives to Bobbi Brown. Check out the list below:

Wrap Up: Is Bobbi Brown Cruelty-Free?

No, Bobbi Brown is not a cruelty-free makeup brand. Even though they claim to not test on animals, they choose to sell in a country that requires imported cosmetics to be tested.

Therefore, Bobbi Brown is not considered to be cruelty-free. They will be added to my list of brands that test on animals.

Now I’d like to hear from you…What are your thoughts about Bobbi Brown? Please leave your comments below! 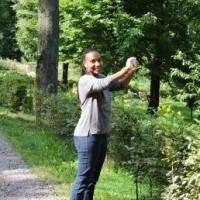 Nikki is a stay at home mom who turned to blogging as a creative outlet after moving to Germany. She created Vegan Beauty Diary to help others discover the best cruelty-free beauty and lifestyle products. 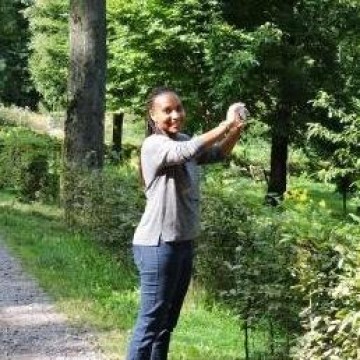 Nikki is a stay at home mom who turned to blogging as a creative outlet after moving to Germany. She created Vegan Beauty Diary to help others discover the best cruelty-free beauty and lifestyle products.

Hey! It is nice to meet you!

All you need is love. And coffee. Must have coffee.

We use cookies to ensure that we give you the best experience on our website. If you continue to use this site we will assume that you are happy with it.Ok